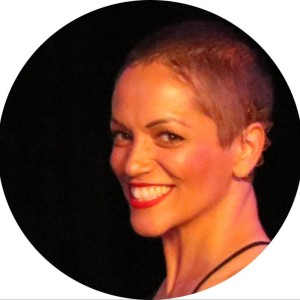 Women! Men! Humans… Has something shifted these past two years? Has an anger been rising in our collective bodies? Today: Thursday 8th March is International Women’s Day: celebrated in many countries around the world it is a day when women are recognised for their achievements, commemorating the movement for women’s rights. I… and I am sure many of you would agree, that 2017 and 2018 could also be called the year(s) of the women… and for many 2018 the year of collective awakening!
I am super happy and a bit sad… but also relieved to be celebrating the last few shows of Ella Mesma Company’s piece ‘Ladylike’ down South this March: at VAULT Festival in London on the 14th & 15th March and at Trinity Centre in Bristol on the 24th March: and what better a month: with International Women’s Day today, and the Women of the World festival at Southbank happening this month too! Ladylike has been exhausting because it came from such an emotional place… it was angry… it was cathartic, but it was also joyful. Ladylike allowed me soften because it was a release… and working with a nurturing caring and loving team meant we could exorcise with love in our hearts.
This week in the UK, a young woman very dear to me and my family was sexually assaulted on a bus by two middle aged men in broad daylight on her way home from school… and it has got my blood boiling again! So much violence towards women has been exposed these past two years. There has been a collective and angry realisation that women no longer need to (nor should they) keep silent at sexism, at rape, at sexual assault and I think that is part of healing and long term change for us all. After allegations of sexual assault and harassment by Hollywood producer Harvey Weinstein began dominating the headlines, sexual abuse in Parliament came out, we have realised that we are united, that it is not ok and that we can shout NO! Like many women, I grew up with a subconscious message that speaking out is shameful, to put on a brave face, and to bury being angry. The anti-sexual assault and women’s empowerment movements #MeToo and Time’s Up have meant that over the past two years public conversation about women’s issues around the world have elevated global consciousness and allowed more women to speak up and expose the obstacles women encounter in their daily lives. I find it empowering and necessary that women are stepping full-bodied into the anger that many women learn they should not possess. Broadcast journalist Ria Chatterjee said, “Women can’t move forward without expressing their anger over centuries worth of inequality and misogyny… And let’s not forget that even the act of expressing that rage is manipulated by men.” Positions of power and influence in dance, television, film, media, radio, comedy, politics are still dominated by men, so is our anger helpful in making a difference?
For me, releasing my anger has been cathartic. We all know that emotions stored in the body can lead to all sorts of problems, and Ladylike has been my cleansing, my release of emotions, my #metoo. The releasing of all those supressed emotions meant I could have more compassion, and feel more deeply. Ladylike is the story of four women from across the globe in our world today. Ladylike came from us. It is about rape, violence, abuse, resistance… it is abstract, messy, in your face, disturbing, angry and real. It also represents ‘her’story: those who came before us and did not have a voice. All those anonymous in (his)tory, and who fought for us to be where we are today: the Rosa Parks, Joan of Arcs, Sojourner Truths, Camille Claudels, Escrava Anastácia, Frida Kahlos, Harriet Tubmans. In history, when women have spoken out, they have been silenced or named as unstable or hysterical. Is this still true today? I would like to think we are moving in the right direction! Ladylike helped me to understand another perspective and realise that it is society that needs to change: that it is about the education of everyone.
Founder of #MeToo Tarana Burke describes the#MeToo cause as “the start of a larger conversation” and a space for “community healing” for all. Initially with a focus on women of colour, the movement wants to a see a cultural transformation by “encouraging millions to speak out about sexual violence and harassment,” The site describes one of #MeToo’s motto’s as “empowerment through empathy,” because the founders believe it is crucial for survivors of sexual abuse to understand that they are not alone. It was inspiring to be at the women’s march in January in NYC and today, on the 8th March, I am rocking my women’s march sweater! Both male and female celebrities dressed in all black and wore Time’s Up pins at The Golden Globes in January, to represent the cause. United we stand!
So today on Woman’s day, let’s spare a thought for our for sisters, our brothers, our mothers, our grandmothers! Let’s speak up for the next generation and  show them that it is not ok, and let’s realease the anger so we can all love a little more! Happy IWD all!
We would love to see you at our last few shows:
https://vaultfestival.com/whats-on/ladylike/
https://www.facebook.com/events/175311579732571/
https://www.3ca.org.uk/activities/ignite/whats-on/ladylike
https://www.facebook.com/events/1434413353334722/
Much love, Ella Mesma and the badass chickens xxx
#ChickensonTour #FemalesonFire #Ladylike #IWD #InternationalWomensDay #Metoo #Timesup